There are several types of archery, the most popular being target archery which is what we normally shoot at Southampton Archery Club. We also shoot both clout and wand archery throughout the year. Also popular, but not shot at our club, is field archery. 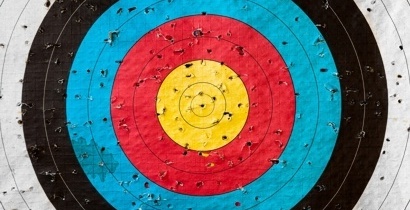 This is the traditional form of archery as it has been practiced for centuries. Targets are set up in a field at known distances and archers shoot aiming to hit the centre.

The target consists of 10 concentric rings and each arrow scores according to which ring it lands in. There are many different rounds, each consisting of a set number of arrows at up to four different distances. 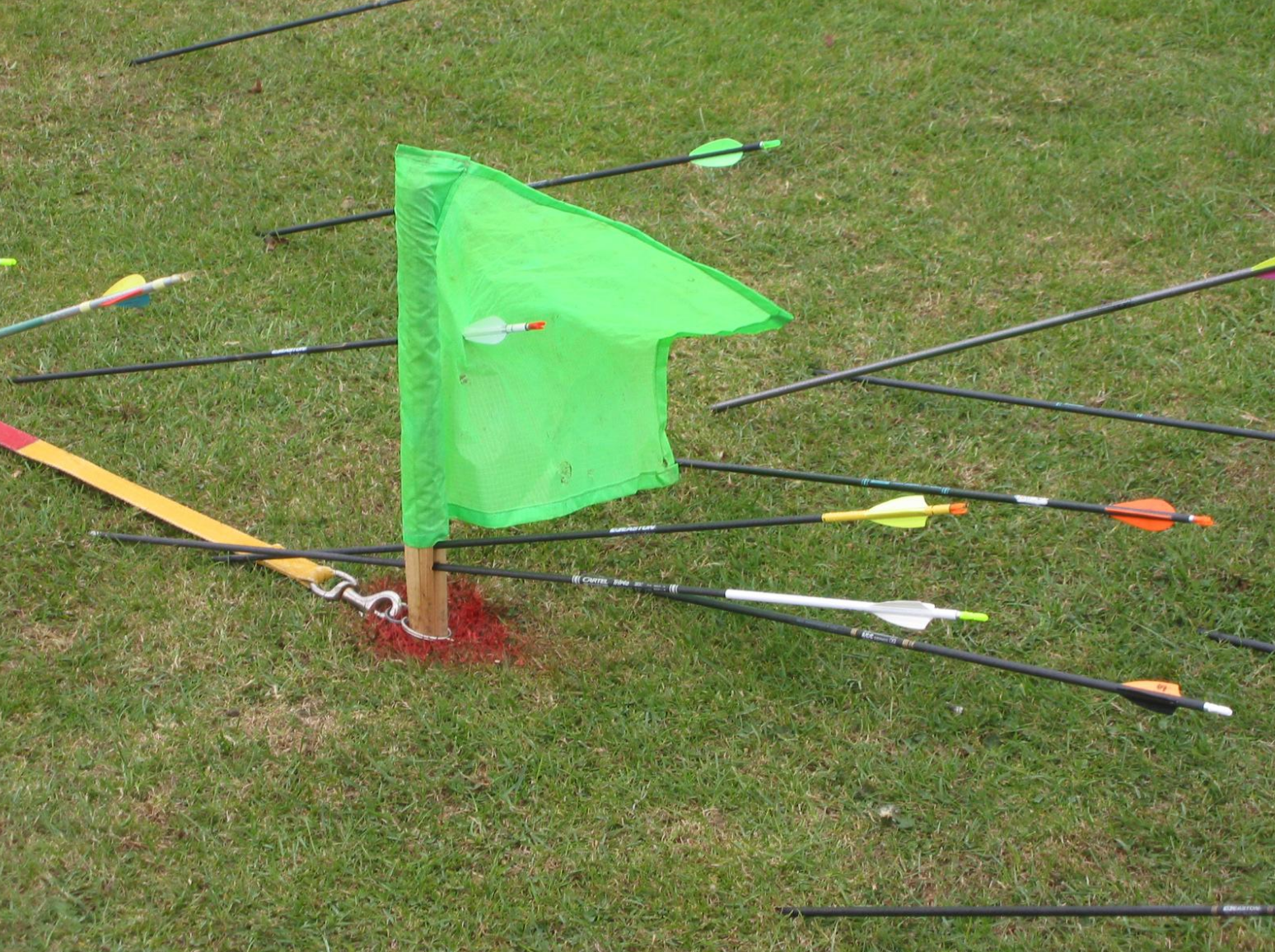 Here archers shoot at the clout (target), which is marked on the ground at 180 yards for men, 140 yards for ladies and shorter distances for juniors.

The clout is marked by a flag, but originally it would have been a scrap of cloth (clout) pegged to the ground.

Points are awarded according to how close each arrow lands to the flag. 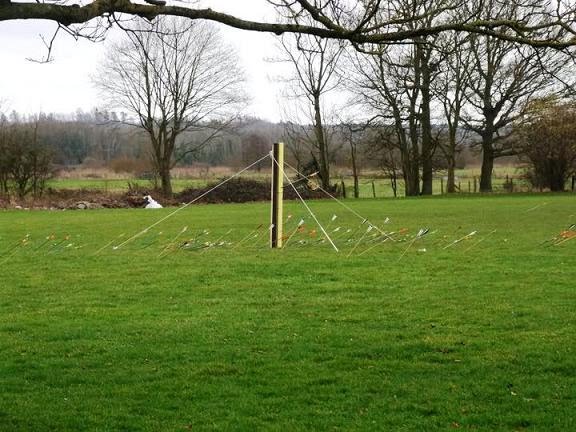 Mediaeval archers used to shoot at a wooden target around six inches wide and six feet tall, set at 100 paces.

We use modern wands of the same size, made from wood covered in foam, placed at a range of distances, with points awarded for hitting the wand. 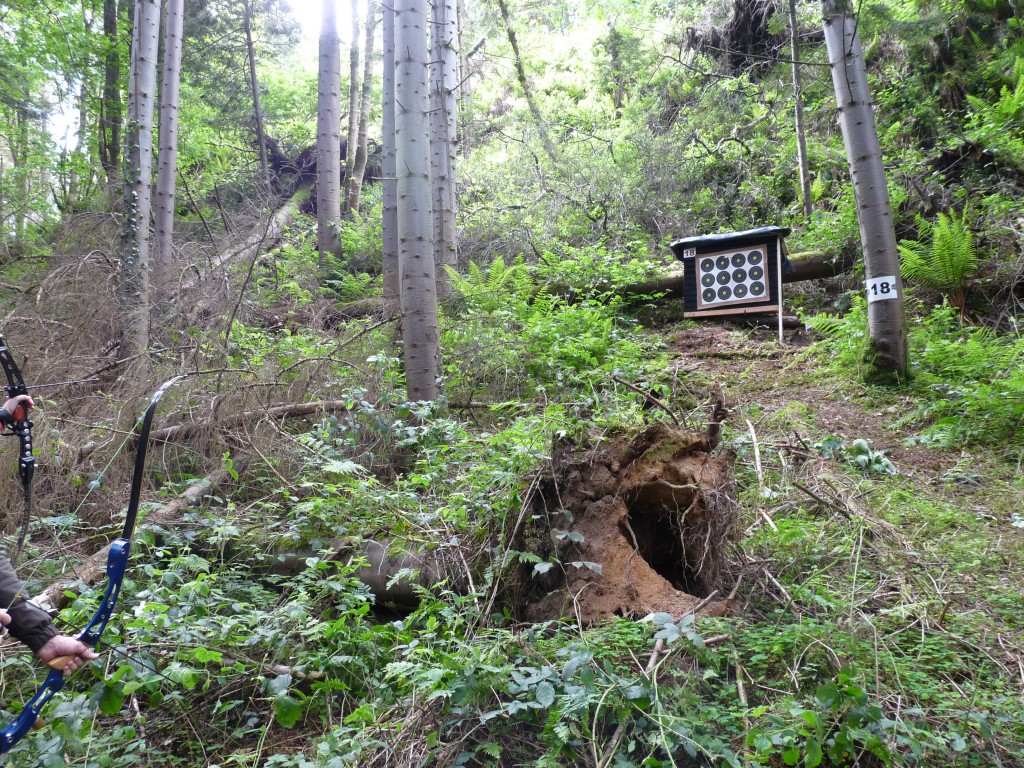 This is more like hunting as groups of archers walk around a pre-defined course in fields and woods.

They shoot at targets sometimes with pictures of animals, but more often on concentric ring targets of different sizes, which may or may not be at marked distances.

Scores are given for how close each arrow is to the centre of the target. 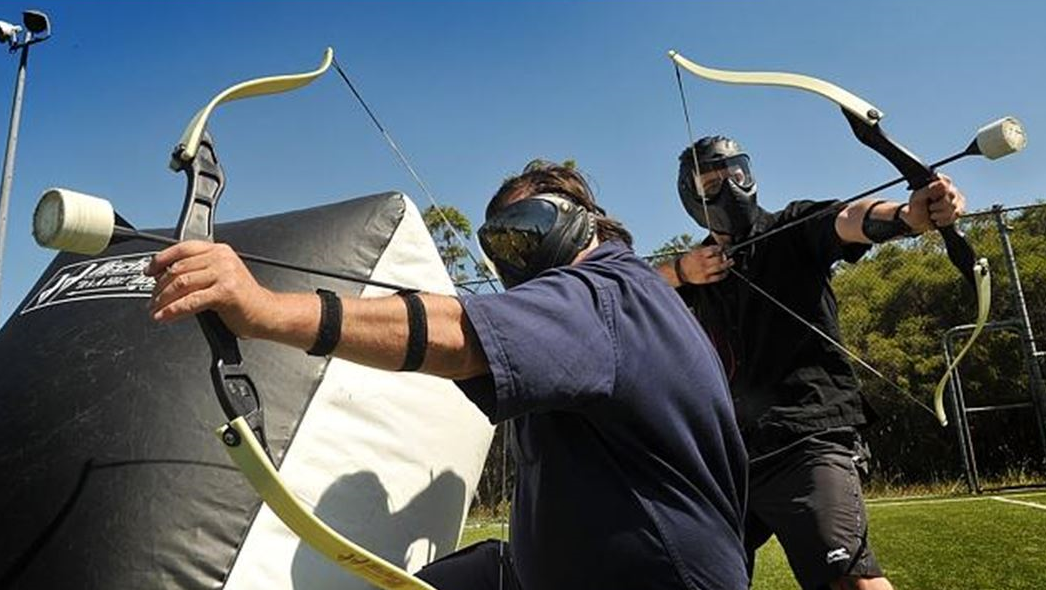 Archery Tag, also known as Combat Archery, is a relatively new sport, combining archery with the game play of paintball. Small teams of people compete against each other to score points by hitting targets or members of the opposite team.

Low poundage bows and foam-tipped arrows are used, along with protective head-gear.